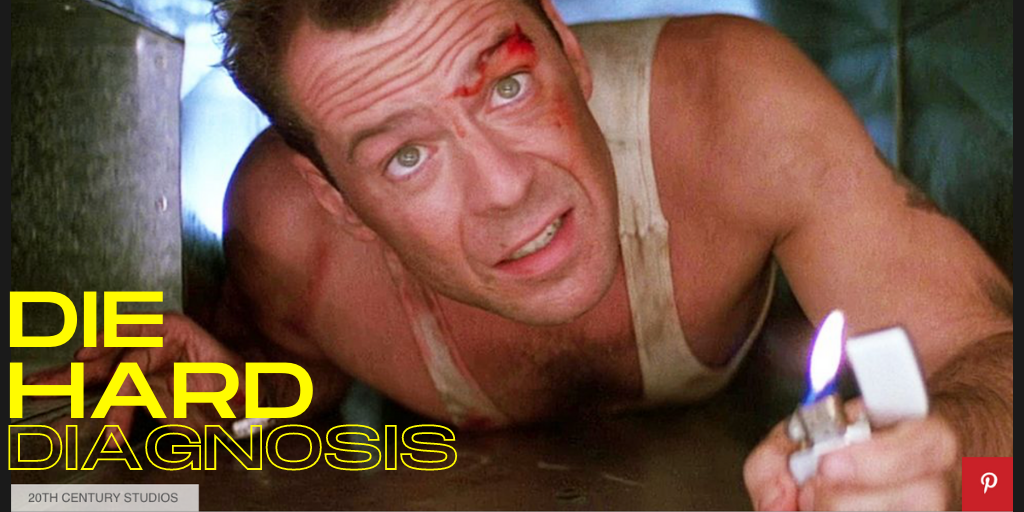 Estate Planning isn’t always about death. Sometimes it is about things that many consider to be worse than death.

Estate planning isn't only about death. Unfortunately, there are worse things. Bruce Willis announced this week that he 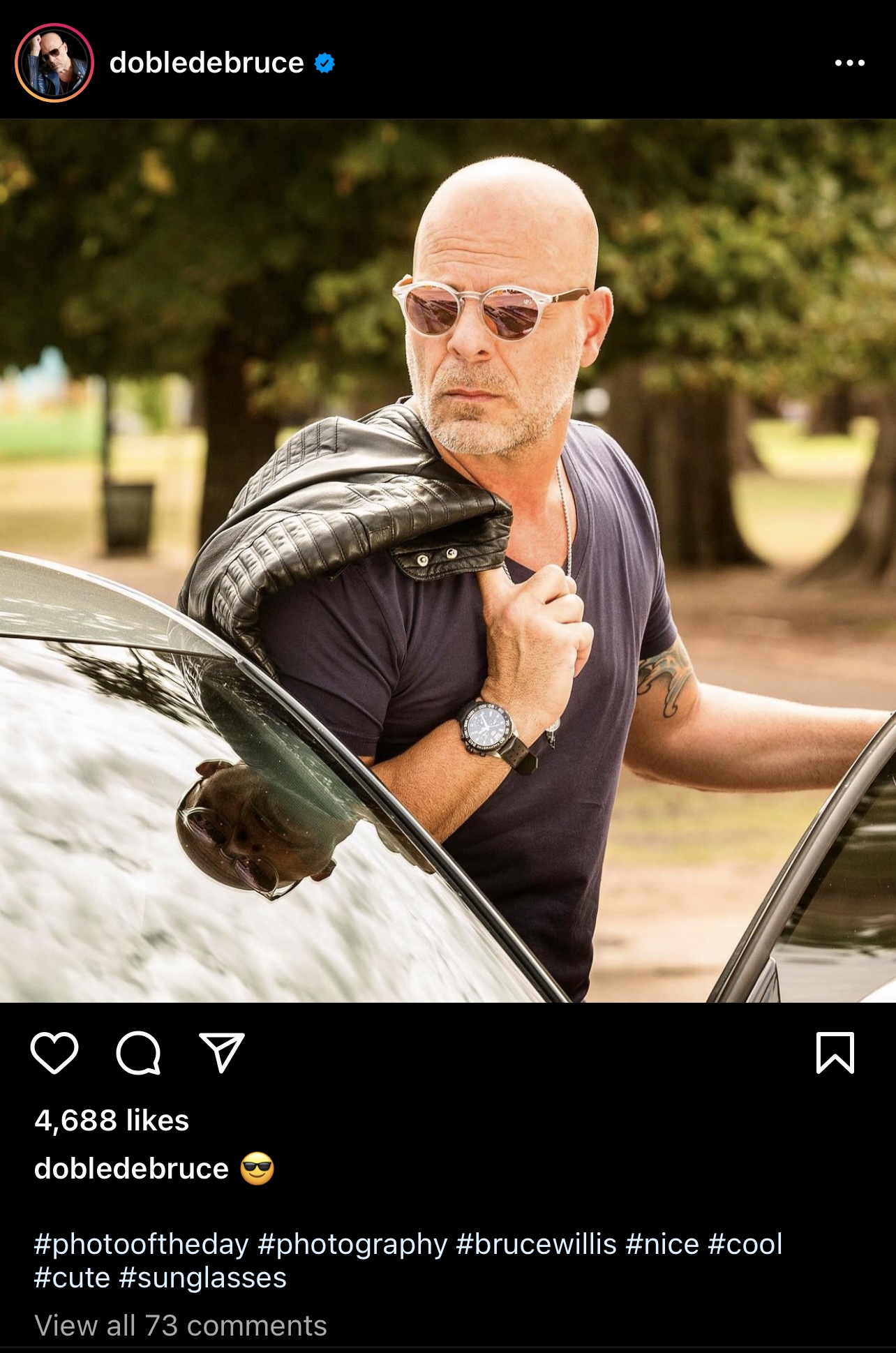 was retiring from acting because he has been diagnosed with a condition called aphasia. Here’s an article about it from Yahoo.com.

This is a condition where a person loses their ability to communicate. There are a lot of similarities between aphasia and Alzheimer's or dementia. Bruce Willis is only 67 years old. This condition slowly deteriorates a person's cognitive function. It also affects the ability of someone to communicate and to comprehend communication from others. The condition can take away someone's ability to speak and write, but also to understand spoken and written language. Think about someone with Alzheimer's and dementia who is fairly deep into the disease. When you talk to them, you can tell a lot of the time that no one's home and that they're not really understanding what you're saying. Aphasia does the same thing.

Bruce has three adult daughters. The announcement that recently came out was that he would be stepping away from acting so that he could enjoy time with his family.

The condition is degenerative which means it is not curable. It is not reversible. It will continue to worsen forever and is permanent. I can't think of many worse things than that. This is the reason why I support the Death with Dignity Act in Massachusetts. I don't know that I would want to be alive if I were deep into this condition or Alzheimer's and dementia. Once I don’t know my wife or children, I think I am ready to go.

Unfortunately, in my business, I see people every day that have received a similar diagnosis.

Even though they may be fine when they come to see me, an Alzheimer's diagnosis means that it will become harder and harder to communicate. And eventually, communication stopping entirely. But someone who is physically healthy can live with these afflictions that affect their mental capacity for many, many years. 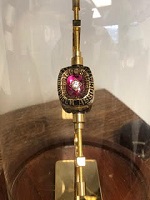 My last real conversation with my grandfather was telling him about my son Mikey’s home run he hit that week at his baseball game. Papa was having more bad days than good ones by then, and for the most part, he wasn’t really there anymore. He wasn’t comprehending what anyone was saying to him. Papa was an avid sports fan and he umpired baseball games for many many years (he left me a ring he was awarded after being president of the New England baseball umpires association, pictured left). For whatever reason, when I told him about Mikey’s big hit, he perked up. Some light came back into his eyes, and he started asking many questions - was there anyone on base? Right field or left field? Line drive or high fly ball? I answered the questions, amazed that I was talking to my Papa again. But when he was finished asking me, that light faded, and he was gone again. It was the last lucid conversation we ever had. Mikey still has that home run ball, and I know he will keep it forever.

And while the condition may eventually lead to someone's passing, what can we do for them while they are still alive? For starters, we want to make sure they have the care they need, and that their finances are kept in order and bills paid. Once the person loses their mental competency, they can no longer sign for themselves. It must be done while they are still “with it”. Otherwise, if you wait too long, you must get permission from the courts, and you better not be in a hurry because it takes time. That can all be avoided with some planning.

Here are five things to do for someone who gets a diagnosis of a degenerative cognitive disease:

1. Make sure that they have a durable power of attorney in place. The Power of Attorney document names someone to make financial decisions for a person that can no longer do so for themselves. It allows the appointed person, sometimes called the agent or an attorney-in-fact, to sign documents and move money around for the affected person. The word “durable” is very important there. A durable power of attorney is made to withstand someone's losing their mental capacity. We don't want the power of attorney to stop being effective if someone loses their mental faculties. Quite the opposite. We want the power of attorney to be active in those instances so that someone else can take action on the part of the afflicted person, pay bills, pay the mortgage, and talk to banks, retirement companies, and insurance companies.

2. Drafting a health care proxy document, which is similar to a power of attorney but with regard to health care instead of financial. The health care proxy names someone to make healthcare decisions for an individual that can no longer make those decisions for themselves. If an individual doesn't have their mental competency or doesn't have the ability to communicate, they're naming someone that they trust to step in and make those decisions for them. Many times, it's a spouse, but in a situation where a spouse is unavailable or can't do it, the responsibilities might fall to the children. And in those cases, it is very important that a detailed health care proxy be drafted so that the person's wishes can be followed. We don’t want any guessing or any fighting among the kids.

3. If there is a dementia or other similar diagnosis it is important that a dementia directive be drafted. This document allows someone to specifically state how they want their medical care to be carried out if they were to suffer from dementia or other similar cognitive disability. This is everything from how they want to eat, whether they would want to be fed, how they would want to be kept clean, and other details about their day-to-day lives that can be written out clearly. The family is not left guessing and fighting about what the person would want. The person’s wishes, everything from bathing to clothing, to daily activities, are clearly spelled out.

4. Make sure that all accounts have named beneficiaries on them so that any assets are kept out of probate if the person passed away. This goes for bank accounts, retirement accounts, life insurance policies, and investment accounts. Naming a beneficiary will allow that person to collect assets at the death of the individual without having to go through probate court. If a trust is part of your estate plan, that trust can be a beneficiary as well.

5. Lastly, although it is morbid, it is important that a final disposition directive be put in place while the individual is still competent. This allows the individual to express their wishes about their final services, whether they prefer burial or cremation, and what if any preferences they have about any viewing, a celebration of life, or other events associated with someone's passing, rather than leave the family guessing and doing something that the individual would want or would not want. We even have clients that ask for burials at sea, and there are services available to provide that. This document gives the person the ability to put their wishes down on paper while they still have their mental faculties. This avoids questions and it avoids fighting.

As terrible as it is to receive a diagnosis like this, we see it week in and week out. We constantly have clients that are bringing a parent or a spouse to us who have unfortunately received this terrible diagnosis. We deal with it all the time. We are experts at it. And when necessary, we can get things done quickly before the individual starts to decline.

In some cases, the person's eventual death is a mercy, and we look at it as a well-earned rest. That’s how I felt about Papa. Taking care of these items while the individual is alive, but while they are still mentally competent, allows us to make sure they have the care they need, including both specialized medical care and financial care while also preparing for the eventuality of the person's life passing on.

The fact that Bruce Willis is suffering from this disease is proof that dementia can come for rich and poor alike. It does not discriminate. When it happens, there isn't anything we can do to reverse it. But we can make sure we take care of these people while they are still here.

If you or a loved one needs to start planning now before it's too late, schedule a Strategic Planning Session with one of our attorneys online or by calling our office.