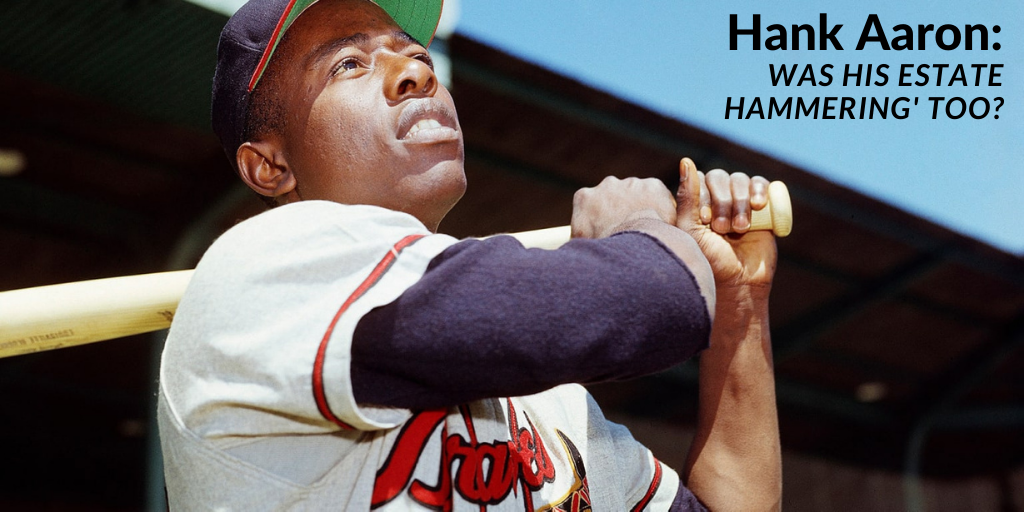 Baseball Hall of Famer, Hank Aaron passed away on January 22, 2021, at the age of 86. It has been revealed that the longtime Altana Braves right fielder passed away due to natural causes, even though many believed it was a result of his first COVID-19 vaccine shot. However, the Fulton County Medical Examiner’s Office confirmed he passed due to natural causes and the vaccine had no impact.

Anyone that knows me, knows that we are a baseball family. Mikey has been a ballplayer since he was old enough to walk, and he’s been a catcher since around age 8. Since then, he’s been all baseball, all the time. Being from Boston I have always been a Red Sox fan and I’ve been to plenty of games at Fenway park, but it wasn’t until Mikey started playing that I really fell in love with the game. I enjoy it more now because my favorite player lives in my house. 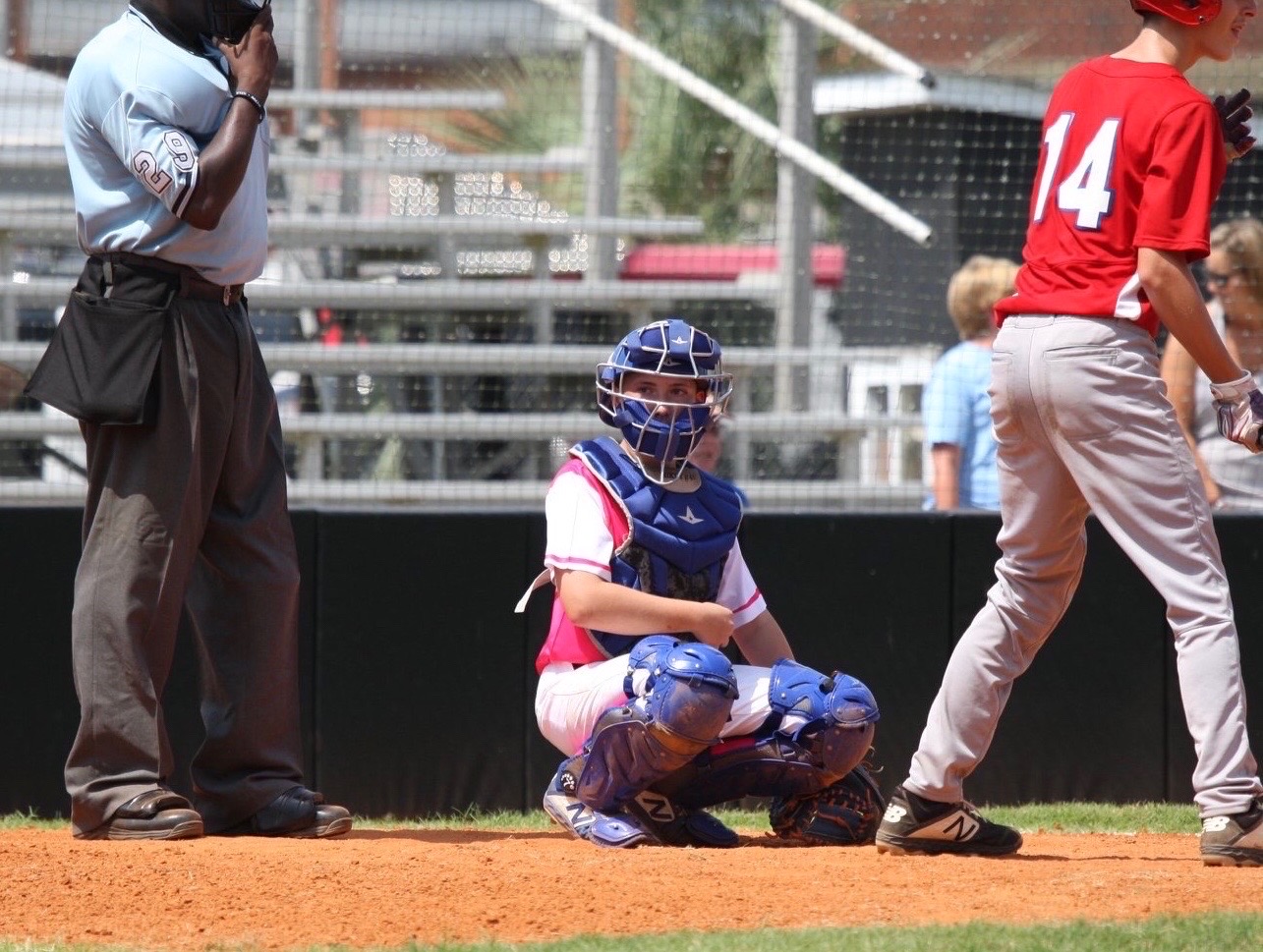 With Mikey’s love of baseball comes the stories of the game’s great players. Our trip to the Hall of Fame in Cooperstown a few years ago was awesome, and it was fun enjoying the nostalgia of it all. Reading about guys like Babe Ruth, Johnny Bench, Carl Yazstremski and seeing the memorabilia was awesome. But Hank Aaron was the legendary power hitter that all the kids loved – who doesn’t love hitting homers? Watching Mikey round the bases after his two home runs in Cooperstown is still one of my life’s greatest memories.

Hank Aaron’s birth name was Henry Louis Aaron, and he was born in Mobile, Alabama. He began his baseball career in 1951 and debuted in Major League Baseball at the young age of 23. He played in the Major Leagues from 1054 through 1976. During his baseball career, Hank quickly became a legend and an American icon – he did so despite the racism he encountered in the league and in his life. He chose to do his “talking” on the field, by crushing the baseball every chance he got. He became the home run king after he passed Babe Ruth’s record in 1974 with 715 home runs! He earned the nickname “Hammerin’ Hank” after that and held the home run record for over 30 years. In 1957 Hank became the National League MVP.

In addition to being a great baseball player, he was also an activist for civil rights. Hank helped to break racial tensions since he was one of the few African American baseball players in his time. Every day he faced threats made by people who did not want an African American man to break the record set by Babe Ruth. Despite the hardships and backlash, he faced; he was able to persevere. Inspired by Jackie Robinson, he went on to not only break the record, but he even became a champion for civil rights inspiring African Americans everywhere. Hank went on to win people’s admiration because of his talent and even received honors from Presidents George W. Bush and Bill Clinton. With all his success, Hank earned a higher salary than most players with a salary of $30,000 annually in 1959. While that does not seem like a lot in today’s world, it was big money back then! In addition to a higher salary, Hank also secured endorsement deals.

Hank had an endorsement deal with Coca-Cola which raised his net worth immensely. However, the money he made from Coca-Cola was given away to charity and it caused him to start his own foundation called the Hank Aaron Chasing the Dream Foundation. In addition to being an amazing baseball player, Hank also made a great businessman. He owned a series of car dealerships and 17 fast-food franchises, which helped him to increase his net worth as well.

Hank was married multiple times. His first wife was Barbara Lucas, and together they shared 5 children, Gary, Lary, Dorinda, Gaie, and Hank Jr. Unfortunately, Lary died in the hospital due to a complication at birth since he was a twin. Despite overcoming that tragedy, the marriage did not last, and they got divorced in 1971. Only two years later Hank got remarried to Billye Suber Williams. He went on to have one more child with her named Ceci. At the time of his death, Hank was still married to Billye.

With his success at baseball and business, Hank was able to become a millionaire. At the time of his death, his net worth was $25 million! While this is a lot of money, the real question is where does it all go now? Well, that depends on his estate plan!

Let’s hope that, at the very least, Hank had his Big 3 – that’s a Last Will, Power of Attorney, and Health Proxy. Everyone should have those basic documents, and they are the foundation of any good estate plan. Learn more about the Big 3 here.

Next, Hank may have benefited from something called a QTIP Trust. It’s a silly name, but a QTIP allows someone to provide for their spouse during the spouse’s lifetime, but at the spouse’s passing, the funds can go to the children, including children of previous marriages. That way, Hank would never have to worry about his current spouse cutting out the children from his first marriage to Barbara Lucas. Given the amount of sports memorabilia the family must have, I’m sure the estate is worth some money.

Hank’s charitable endeavors through his Foundation is something he likely would have wanted to benefit from his estate. To that end, we would have recommended a Charitable Trust to him. With a Charitable Trust, he could make sure that the foundation continued to benefit for years to come, by disbursing money over time, and ensuring that the Foundation continues to love on after his passing.

With all his success, the death of Aaron was devastating for fans all over the world, including myself. While he is gone, he and his accomplishments will never be forgotten. I remember that whenever Mikey stands in the batter’s box, and I can see in his eyes that he’s ready to take a monster swing.