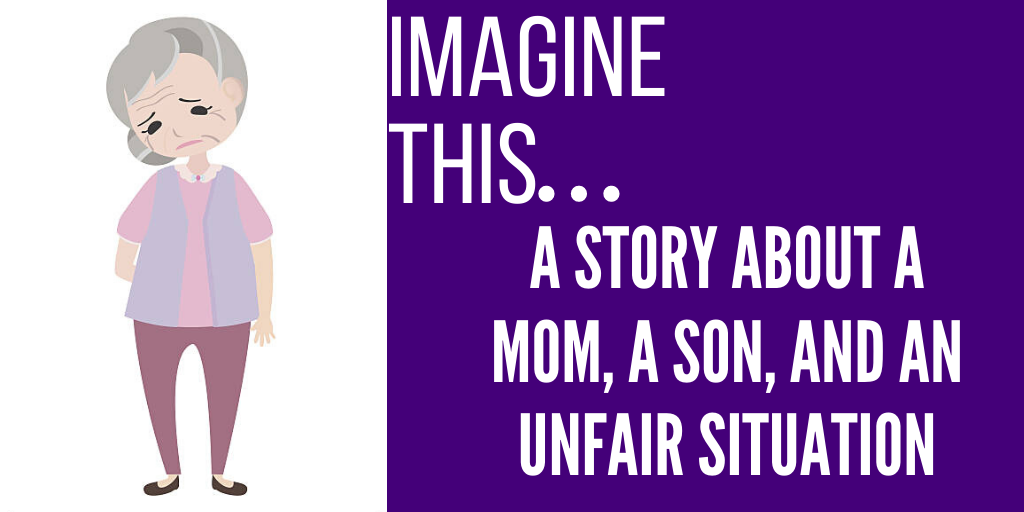 What are the biggest mistakes that people make with their estate planning?

Those mistakes can range from doing it wrong, to not doing it at all.

Both mistakes can be equally damaging.

For the most part, my recommendation for clients is that you should have a Will if you have over $25K in assets, regardless of the form those assets take (cash, retirement, home equity, investments, etc.). Other factors enter the equation, and I discuss those other factors in my Strategic Planning Sessions.

Why is a Will or an Estate Plan even necessary, if you don’t have a lot of assets? If you have a minute, I’ll tell you a story. It won’t take long.

Let me paint you a picture, of a case I am working on right now.

A client, who we will call Marie, was married for 45 years but her spouse, unfortunately, passed on. She has four kids, who are grown and have their own lives. Three of them moved away to other states due to their careers and families. One of them stayed. We will call him Jacob.

As Marie gets older, her memory is not the same as it once was. That’s normal, right? To some degree, yes, it is. But then, over time, it gets worse. And worse. Some days are good – Marie knows what is going on and can take care of herself. Other days are not so good, and Marie doesn’t always remember what she did yesterday, or even what year it is.

For 5.8 million Americans, these are the first signs of Alzheimer’s or dementia, which can strike at any age. As Marie’s symptoms worsen, she needs more and more help. First with small things like paying bills and getting to appointments. Then, more things like cooking, cleaning, and hygiene. With each passing day-week-month, she needs more and more care and helps with daily activities. She doesn’t have much money, especially since her husband passed away since she is now receiving much less per month in social security. Marie hasn’t done any estate planning. Why bother now? 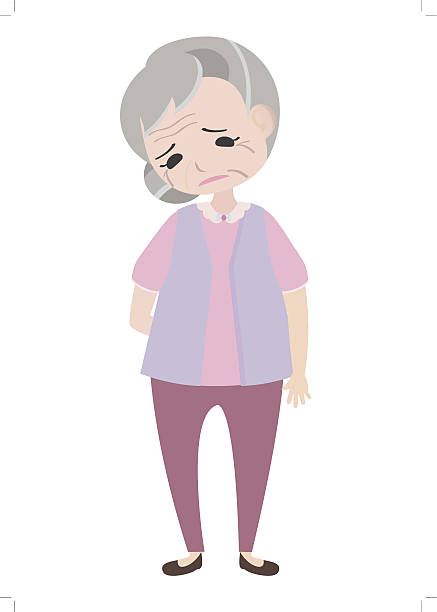 Marie’s need for more and more daily care grows, and her son Jacob, the local one, comes over more and more, to help take care of her. He gets home from his full-time job and heads straight to her house. He cooks, cleans, pays bills, helps his mother up and down the stairs, and does the laundry. Once a week, he does her grocery shopping for her, and any number of other errands. Time passes, and Jacob is going over to his mother’s house more and more. It gets to the point where he spends more time at his mother’s house than he does at his own house.

Most days Marie remembers what his name is, but not every day. On the days she can’t remember his name, she does remember that she knows him, that he is a caregiver, and that he helps her. He might be a relative, but she’s not exactly sure. Marie needs a lot of help getting around, and she can’t remember the last time she cooked for herself or went shopping. All she knows is that Jacob is there, day after day, taking care of her. She knows he loves her, and that she needs help. There’s very little that she can do alone anymore.

Here’s what Marie doesn’t know: That this has been going on for over a year and that her son is exhausted. He’s trying to fend off what we call “caretaker burnout” and the time he is spending on his mother’s care is starting to affect his job, as well as his relationship with his own family. Marie also doesn’t know that Jacob is on the phone with her other three kids, every week, giving updates but also asking for help. He can’t do it all alone. But they are far away, they have their own jobs, their own families, and don’t have the time to take off from work to come help. They visit once or twice for a day or two, but plane flights take time to plan and cost money.  Unfortunately, they cannot visit very often.

Jacob is doing it alone. His wife helps when she can, but she is busy with their own children. Most weeks, he pays for Marie’s groceries out of his own pocket, he buys the house supplies, pays the repairman, pays for the lawn to be mowed, pays for plowing, and sometimes pays the utilities. Marie is running out of money and now relies on Jacob’s income to help. His biggest fear is that he will have to quit his job to take care of his mother full-time since she now needs care around the clock and he is the only one around. There’s no one else. Marie’s other kids mean well, but they are far away. The reality is that the distance keeps them free from the burden, the sleepless nights, and financial worries. Jacob desperately wants to keep his mom in her own home, because he knows that she would HATE the idea of going into a nursing home.

After another six months, he’s at his wit’s end, and he doesn’t have the training to provide the increased medical care that Marie needs. Before he must decide whether it is time for nursing home care, Marie passes away. He is at his mother’s side when it happens, and while he is distraught at her death, in his heart he knows that her passing was mercy. Mercy for Marie, because the disease had robbed her of her memory, and her dignity, long ago. He knows that his mother would never have wanted him to see her that way.

It was a mercy for him too, because the nursing home was the next step. At least he spared her from that. His efforts at least accomplished that much.

Marie’s hope was that any money she had left would go to Jacob, to reimburse him for everything he spent throughout her illness. She told him that, over and over. Because she didn’t have much money left, she had no estate planning, no Will. Even Jacob thought it wasn’t a big deal because Marie was almost out of cash anyway.

But here’s the kicker.

A few weeks before Marie’s passing, her older brother passed away. He had long since moved out of state, was not married, and had no children. He had a home, investments, life insurance, and retirement funds. Even though Marie has since passed away, she was alive on the day her brother died. As his last living relative, that makes her the sole beneficiary of his estate.

Remember, Marie has no Will. Her son Jacob, her only local child, hires a lawyer, pays the fees and files with the court to probate his mother’s estate, which now includes Marie’s inheritance from her brother. Jacob thinks his mom would be comforted to know he would now get reimbursed for what he had to spend from his own pocket on her care. He has his own kids after all, and that money belongs to them. He kept track, and it was almost one hundred thousand dollars spent from his own pockets. He hoped that maybe there would be enough to pay him back for the time he spent providing care because he did quit his job in the end, he had no choice, and he lost a year’s pay and has to start all over again trying to find a job.

Jacob thanks God for Marie’s brother, because that money can reimburse him, for providing the care that he did, and help with some of the lost income. Or so he thinks.

Marie told him, during the last year of her life, whenever she was having one of her “good days”, that she wanted him to have whatever was left of her money, because of everything he did for her. It wasn’t a punishment to the other kids, but Marie knew there wasn’t enough to go around, and Jacob deserved to get paid back.

With the inheritance from her brother, now there was enough to go around. Jacob could be paid back, get a few dollars for the care he provided, and the income he lost, and split the rest with the others.

What Jacob doesn’t know yet, is that his assumptions are way off. Marie has no Will.

He finds out from the estate lawyer that because Marie has no Will, all of her children will share equally in her estate. Equal shares and no credit for money spent, time spent, or income lost. The lawyer gives the others the idea that maybe Jacob should get a slightly larger piece of the pie if they all agree. There’s enough to go around, he tells them. The problem is, they don’t agree.

While they would love to give him a bit extra, they need it too. They have their bills, mortgages, and expenses. One of them needs that money because it would put her kids through college, and the kids otherwise weren’t going to be able to attend. Another needs to retire because he can’t physically do his job anymore, but he has no retirement savings. Another is getting divorced; she got cleaned out by her ex, and the money would be a fresh start that she desperately needs. So no, they don’t agree.

The estate is probated, and each of Marie’s four children walks away with about $115,000, after probate expenses, which were higher because she had no Will. The three children who had moved away have money to pay their bills and keep going with their lives. But Jacob, who stayed and cared for his mom, ended up with just enough to pay himself back for the money he spent on her care. He got no money as compensation for the care itself, or for the income, he lost in leaving his job, and now having to find a new one. While the others got a windfall, Jacob didn’t even get back to zero.

Does that sound unfair? Does it sound like the estate went against Marie’s wishes? I think it does. Especially because it was Marie’s wish that her son is taken care of first, if there was any money left, and then split the rest with the other kids.

So, ask yourself, could this be you? Are you Marie? Are you Jacob?

None of us like to think so, but I see Marie’s and Jacob’s story every day. This is exactly what happened in a case I am working on now, and there’s nothing I can do about it. I can’t force the others to agree to give any extra for the son who stayed. I can’t do anything to honor the dying parent’s last wish. I can’t do anything to make it right. There’s nothing in writing to say that the parent wanted anything other than an even split. Which means we are stuck. The game, set, match.

Now, if only there was some way, some document, that we could use to write down what we would want to happen if we pass away. Some ways to make sure that the son who stayed would get a fair shake. Wow, imagine if there was such a thing? If there were, do you think you might need it? Might that not be a good idea? Might it be important? A priority even?