Who Can Inherit Aaron Carter's Estate? 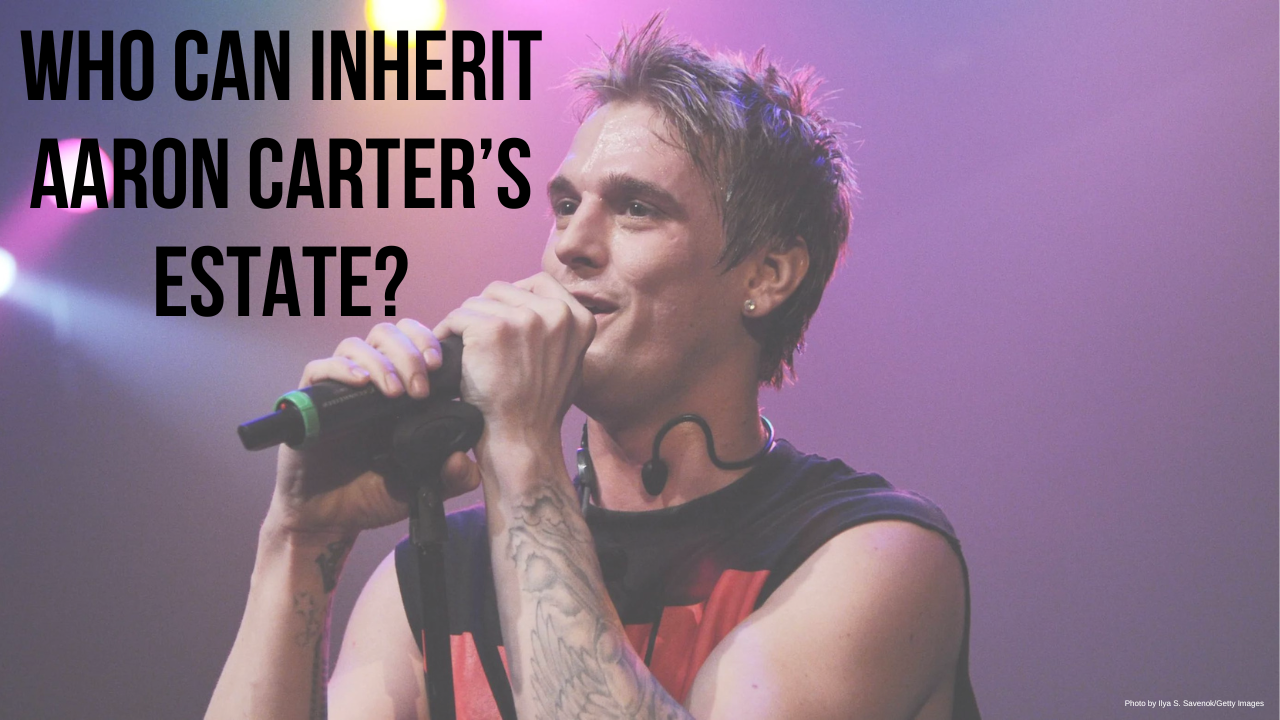 Aaron Carter was a former child pop singer and younger brother of Backstreet Boys’ Nick Carter. You may also know him for his roles on “Lizzie McGuire'' on Disney Channel and “7th Heaven,” which debuted on The WB Television Network. He also appeared on his family’s reality series on E! Entertainment Television, “House of Carters.”

Unfortunately, he passed away at the age of 34. According to this article from CNN, a spokesperson for the Los Angeles County Sheriff’s Department said they responded to a call for help at Carter’s Lancaster, California home on Saturday morning around 11 a.m. local time, where a deceased person was found at the scene. Authorities gave no information about a possible cause of death.

Carter also has an 11-month-old son, Prince. He died without a Will, meaning the state of California will decide who will inherit his assets. The mother of his child is now 'at war with his family' over her late fiance's estate, a source has exclusively told The U.S. Sun. This mistake is being made time and time again by celebrities.

Though he did not have a Will, he was planning on selling his home prior to his death

Aaron's lawyer urged him to make a Will, particularly after the birth of his 11-month-old son Prince. However, he put it off, resulting in this mess. Dying without an estate plan not only puts your family at risk, but allows your local state laws on intestacy to determine who qualifies as your heir and inherits your probated assets. In Aaron’s case, he passed away unmarried with a child, who is a minor.

Under many states, if a person is survived by their spouse and children of that marriage, that surviving spouse shall have priority to receive under intestacy laws. However, if a person passes away unmarried, with children, those children shall be entitled to everything.

Although Aaron was engaged to Melanie Martin, the engagement alone is not strong enough to give Melanie priority to inherit his assets

He may have wanted her to receive some portion of his fortune but without that estate plan, she’s not entitled to anything. Passing away unmarried with minor children also leads to a much more difficult situation because those minor children do not have access to those probated assets until they reach the age of majority, absent a probate proceeding. Despite Melanie being Prince’s mother, she will have to file a probate matter on behalf of Prince, and ask the court to manage the funds, provided the Judge believes she is the most suitable fit to take on this responsibility.

Creating an estate plan allows you to determine who shall receive what asset and the amounts of shares you wish to distribute.

Planning for the future is not only needed for celebrities. Everyone should make sure they have an updated estate plan in case the unexpected happens. Don’t leave a mess for your family. Begin planning with us now before it’s too late.

If you are ready to speak with an attorney about your estate plan, book a Strategic Planning Session with us here!