A Legend Lives on, but does his Estate? 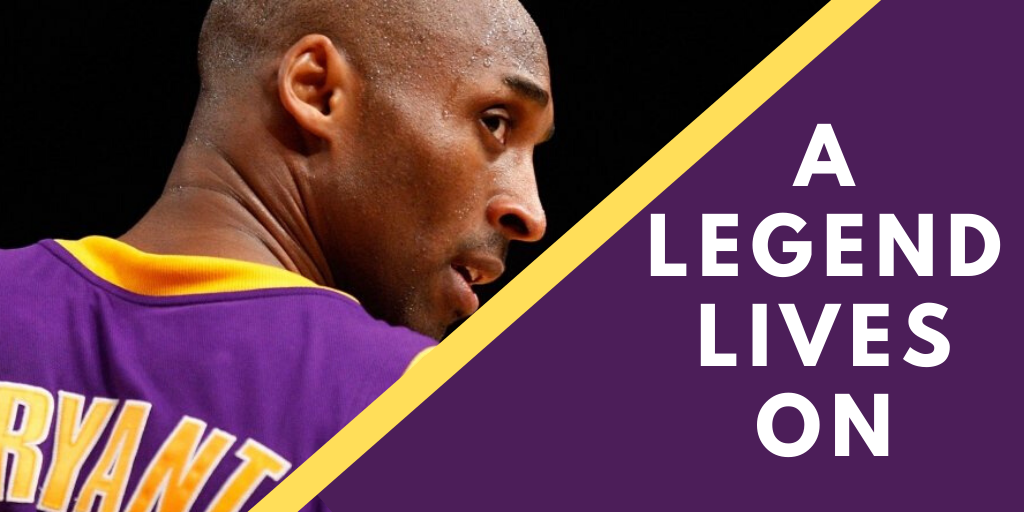 **UPDATED! See the end of this article for the Update!**

Growing up in Boston in the 80s, the Celtics were THE team. Back in those days, the Patriots couldn’t BUY a win, and the Red Sox were still in the midst of the nearly 100-year drought. Those were the days of Larry Bird, Kevin McHale, Robert Parrish, Danny Ainge, Dennis Johnson, the list goes on. The Celtics were always in the playoffs, and the games were must-see TV.

I was raised to hate the Lakers. They were our rivals, and anywhere in Boston you could see people wearing shirts that said: “I Hate L.A.” We loved to see a good beat down of Magic Johnson, Kurt Rambis, and their ilk. The teams were pretty evenly matched, which made for great playoff series. We had so much fun watching and yelling at the TV, cheering on our favorites, and razzing our rivals!

Even when the Celtics dynasty went in to decline, I had that hatred of the Lakers built into me from such a young age, that I never really lost it. I started watching the Pats over the Celtics, but still, I hated LA. Sure, it’s a “joking” kind of hate, but still, hate.

Because of that hate, I never really got to know much about Kobe Bryant. I was never a fan because even though I wasn’t watching the Celts so much, he played for LA. Sure he was a great player, could take over a game, dominate, and much more, but I never really watched him play.

Since Kobe’s death in a tragic accident, I’ve seen more clips of his gameplay than I ever saw when he was alive. It’s obvious, just by watching a little bit of YouTube, that the guy could just flat out play. He was an artist with a basketball.

I don’t know any details about the legal issues he had during his life, so I’m not going to comment on that here. Love the guy, or hate him, that part of his life is not relevant to my point. So then why am I writing about him? Because, like many celebs, he made mistakes with his estate plan. Mistakes that will cost his family time, money, and leave his wishes open to challenges.

Here’s the article where I learned about the estate planning blunder:

Since 2003, Kobe amended the trust several times, adding each of his children to it, shortly after their births. The most recent trust amendment was in 2017.

In June 2019, Kobe and Vanessa’s daughter Capri was born. Kobe never went back and amended the trust. He probably intended to do it, just as he had with all of his other children. But, like many people, he put it on the back burner. The guy wasn’t expecting to die in a tragic helicopter accident. I’m sure he thought he had plenty of time to get around to it. That it wasn’t important enough to make a priority, and that he’d get around to it eventually. Drop it down the to-do list because other, more important things get put up top.

But whoever expects to die suddenly? The answer is no one. Let’s just put it out there and get the bad news out of the way. Ready? Here goes: We all think we are going to live to a ripe old age. It’s easier to pretend we are going to live forever than it is to face the truth. Ignore it, and we don’t have to deal with it. But look at the state of the world today! A month ago, did any of us expect to be quarantined in our homes, amidst the Covid-19 pandemic? Of course not. Yet here we are, in the midst of a global crisis. If nothing else, this pandemic is proof that the unexpected absolutely can, and does, happen. That’s why it’s a disservice to our families to back-burner this.

Aren’t they the most important people in our lives?

Don’t they belong on the front burner?

Vanessa Byant has now petitioned the court to amend Kobe’s trust, to add their youngest daughter. This will take time and will cost money. For Bryant’s, the money part might not be an issue, but what about the rest of us? I don’t think anyone would want to see a $5,000 legal bill for petitioning the court on a change that Kobe could have made by paying an hour’s work to his lawyer. In Vanessa’s case, it’s unlikely that the judge will deny her request because the kids are all fairly young and no one is likely to contest the change. For many of us regular folks, that might not be the case.

In cases where the children are older, and may also be children of prior relationships, there is plenty of room for someone to challenge Vanessa Bryant’s Court Petition. The parent of a child from a prior relationship might not be happy about seeing his/her child’s share cut down, because we are trying to add another person to share the pot. The more people sharing the pie, the smaller the piece each person gets. A parent in that position could easily seek to challenge the petition. The same goes for an adult child, who might allege he/she was told by their now-deceased parent that they would receive a certain share, and now expects that share. How likely is that adult child to consent to a cut in their share? How can we prove that Kobe intended to add his new daughter Capri? The truth is, we can’t. Therefore, the petition is ripe for a legal challenge, and were the circumstances just a bit different, Vanessa could be facing an uphill battle.

What did we learn from Kobe’s mistake?

Where do you start?

First, order our free book on estate planning, HERE. It’s full of useful info, in plain English! Watch our company video to get an idea of what we are all about. Then, learn about our Strategic Planning Sessions HERE.

Learn from Kobe’s mistake, and don’t make one of your own.

While I don't expect the court to reject Vanessa Bryant's petition to add their youngest child to the trust, there has been another legal development. Vanessa has filed a wrongful death lawsuit against the helicopter company, alleging negligence in the crash. Read more about it HERE.  She has also named the pilot, who was also killed in the crash, as a defendant in the case. If there are any counterclaims filed or other legal posturing involving Kobe's estate, it could seriously slow down the probate process, if the probate court in California is anything like the system here in Massachusetts. Stay tuned on this one, as I think this is going to drag on for a long time!