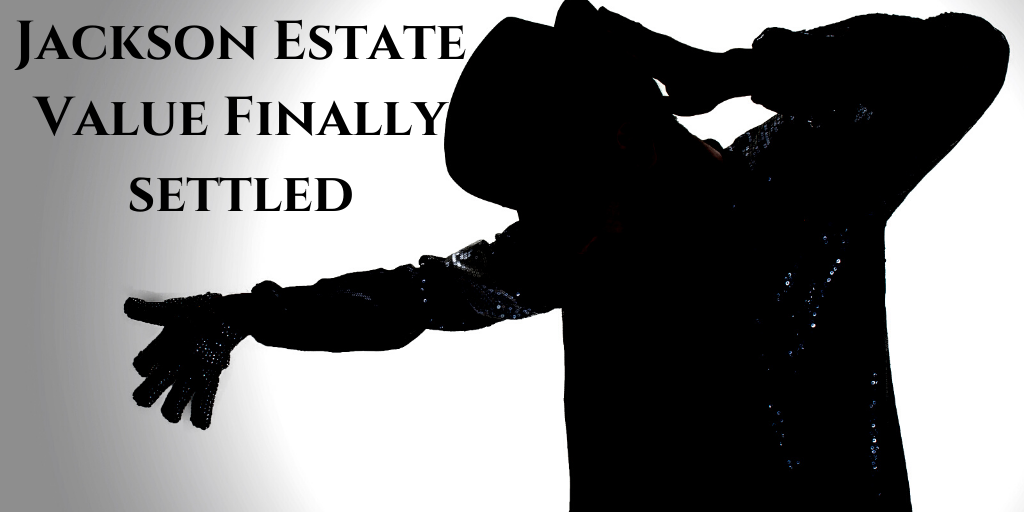 The moonwalking, glove-wearing, King of Pop, Michael Jackson, sadly passed away in 2009. His historic rise started in a big family with multiple musicians. Before going solo, he was a member of The Jackson Five along with his brothers. At the peak of his solo career, Jackson had major all-time hits such as Thriller, Beat It, and Billie Jean.

At the turn of the century though, Jackson encountered hard times. His name was now surrounded by terrible allegations and controversial decisions that would stay with him until the day he died of an accidental drug overdose in his home.

Even after his passing, Jackson’s estate continues to earn substantial assets. Not only will his estate continually accrue royalties for his numerous hits, but he also owned the rights to several songs performed by other artists, including songs by The Beatles.

As we know celebrity estates can be messy and can take years upon years to finally resolve. The King of Pop’s estate is no different. As with all large estates, there were death taxes due, and that tax number is determined by how much his estate was worth at the time of his death (this is key). And thus, that is the 12-year-old question that was finally answered by Judge Mark V. Holmes of the United States Tax Court, “What was the value of Jackson’s estate at the time of his death?”

Initially, the IRS valued his estate at a whopping $161 million, with those within the Jackson estate countering with it only being worth $2,105 due to the reputation Jackson had at the time of his death. Judge Holmes made an insightful comment when Michael’s reputation was brought up in court.

Keeping in mind the value of his personal and business assets, the court finally settled on a $4.2 million valuation, just a fraction of what the IRS originally argued.

The IRS valuation was over $155 Million more than the court’s ruling!

That just shows you that the IRS will stop at nothing to get their piece of the pie, as well as anyone else’s piece if they can get their hands on it too. While an actual estate tax number hasn’t been chosen yet, this is a huge win for the Jackson estate as the lower evaluation means much lower estate taxes. Let’s hope the Jackson estate also had the proper documents in place to help them avoid a portion of what is sure to be a hefty estate tax.

In Massachusetts, a married couple with $4.2 Million in assets would be looking at a state estate tax of over $300,000!!! With the right planning, this number can be dramatically reduced, and possibly eliminated altogether. A Credit Shelter Trust could be used to eliminate a hefty chunk of the death tax bill, and another Irrevocable Trust or Life Insurance Trust could remove the rest. With the right planning, that $300K death tax bill is dropped to zero!

What we do know is that Michael Jackson did name guardians for his kids, in his Last Will and Testament. For the primary guardian, he named his mother, Kathrine Jackson. An interesting feature of his Will in particular was his secondary guardian. If his mother was unable or unwilling to act as guardian to his children at the time of his death, Michael Jackson name Singer Diana Ross as the secondary guardian! Don’t believe me? You can check out Michael’s full Will here and see for yourself.

Michael undoubtedly was surrounded by advisors and attorneys. Hopefully, they gave him the right estate planning advice, so that he could maximize what was left to his three children. Regardless of the allegations he faced, his children should be taken care of instead of the IRS.