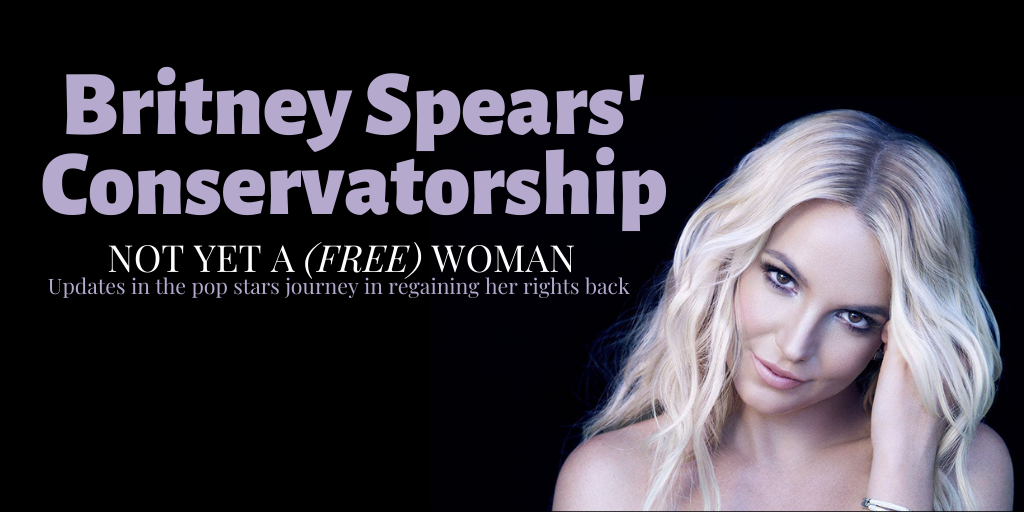 Not familiar with the #FreeBritney movement? Check out our last blog here to get caught up! If so, keep on reading for the latest updates in Britney Spears' conservatorship drama.

***Scroll to the bottom for a more recent update***

Wednesday, August 19th, Britney Spears headed to court to battle her father with her ongoing conservatorship matter. At this hearing, Britney’s conservatorship was extended to February of 2021. The famous pop star is now being public with this case and wants to drop her father, Jamie Spears, as a co-conservator. She began to file motions, seeking to appoint someone else to replace him. Even Britney's mother, Lynne Spears, has recently gotten involved and is backing up her daughter, endorsing her choice. FYI, Lynne and Jamie got divorced back in 2002!

As you can imagine, Jamie Spears is not a fan of this. He wants to keep all “proceedings and documents” in the case private. Since the #FreeBritney movement blew up at the beginning of the year, Jamie has been getting verbally attacked by Britney’s “army” of fans. They also believe Britney can care for herself and is being held in this conservatorship against her will. Jamie finally spoke out and interviewed with The New York Post. He told the paper that all of this is one big conspiracy theory and that Britney’s conservatorship is “no one else’s business”.

“This is far from being a conspiracy theory”, says Britney’s lawyer. “In large part, this scrutiny is a reasonable and even predictable result of James' aggressive use of the sealing procedure over the years to minimize the amount of meaningful information made available to the public.”

In addition to this Britney’s sister, Jamie Lynn Spears is also seeking more control over her sister’s assets. She is strongly opposed to having her father as a sole conservator and wants to make sure she is not being taken advantage of. Recently, court documents went public and showed that in 2018, Jamie Lynn was named trustee of Britney’s SJB Revocable Trust. This trust is to protect Britney’s two sons, Sean and Jayden, in case something was to happen.

The next hearing is scheduled for October 10th of this year. Britney is looking forward to regaining some measure of personal autonomy. She also appreciates the support of her “army”. Will Britney have her rights back? Will her sister be more involved with the conservatorship? Who knows, but what we do know is that her fans have her back and will support her through it all. Tune back in next month for some new updates!

Here’s the latest Britney Update, according to a new article by Reuters:

Britney’s dad has been in charge of her personal and financial affairs since roughly 2008, and he has been sharing those duties with a financial institution since 2019. Britney’s lawyer is now filing a Petition to remove her father from this role.

In our opinion, we don’t understand what good reason he has to deny this request. His position was that he had rescued her by taking over her affairs because she was being exploited. Well, the court is involved now, and the financial institution has been appointed by the court to assist with the management. If Britney’s dad was just rescuing her from exploitation, that rescuing is done, and we don’t see why he needs to be involved if there is a financial company that is getting paid to manage Brit’s assets. He has done his duties as a dad, but Britney is a grown woman, and if she doesn’t feel comfortable having to ask her father for her own money all the time, he should step aside and let the financial company take over. We’ll see if he does that! Keep checking back for more updates.

If you or someone you love is suffering from dementia or another type of memory loss disease, and you have questions about whether or not a conservatorship is appropriate, please call (978) 657-7437 to book your Strategic Planning Session or visit BookMyPlanningSession.com.